It occurred to me during our second date that Mike didn’t exist in real time. When we first met, he was friendly—cruelty-free, like a human-sized rabbit. We ate at a sub shop, but first, he drove us backwards through the drive-thru of a shuttered restaurant. Big, white truck built for long hauls and first impressions. […]

Well, hello. Thanks for stopping by. See that juicy sandwich? This tale is good enough to eat. Well, maybe not–but it should make for an entertaining read.

via “Pay it Forward” by Katie Nickas 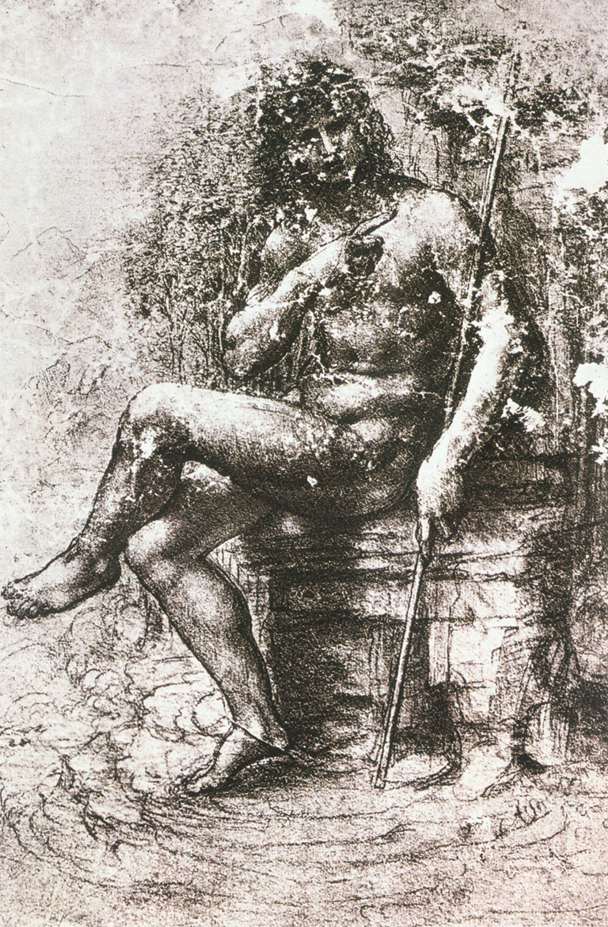 Sad to see this will be the last issue of formercactus, though grateful to be featured.

I do not balk at the potted plants you place on my doorstep—succulents with fat whorls of leaves—and the bittersweet you hang on the hook left over from the last tenant. Or the cherub you stick in the gravel bed, wings opened like an umbrella, as if frozen in the seconds before flight. When you […]

My short story, “The Harlequin,” appears in the Fall 2018 Edition of The Oddville Press. I am so, so excited to have what I consider to be one of my better short stories featured in this unique publication.

Our voices ooze from rooms like this, the rough-hewn slabs of oak still weeping sap from their fire-orange flesh. Knots in the walls and floor peer back–black irises expanding to the size of universes, divulging stars and planets, cosmic desiderata distilled to linear objects.

We twinge at the slightest creak of wood, the skittering of cockroaches behind the walls, the heartbeats of all who enter, low and sonorous in their chests.

The cuts were clean and sharp, followed by the shock of loss–fallen limbs slamming to the forest floor. It happened so long ago, but the memory of the saw shrieks through our hollowed ears.

Autumn comes, crisp and sere. Girls bring gifts and flowers–ofrendas for the dead. Blazing marigolds, sugar skulls, and paintings of Matisse and Chagall line their altars.

Our eyes stare harder as they pass, pupils contracting to brilliant white stars that disperse to a wide-open field–tangled strands of blue studded with crystals and diadems, a cosmos of insect wings flecking yellow amber. The candles scatter embers like birds, snuffed out by the eggshell sky.

We are not dead.

Our bodies remain locked in the coarse-grained panels. We might have been ghosts, if not for our souls still dripping oily and dark as licorice, spreading in wide, soft instants beneath the feet of the visitors.

The Others’ houses were built of stone that sank with the passing years into the undergrowth.

It was anathema for them to venture past their own lawns. They spent their days tending to flowerbeds and gardens, maintaining precise hedges, and winking at the little gargoyle statues hidden beneath the acanthus leaves.

A day came when the Others didn’t want to be alone on the perfect homesteads anymore. Their work grew tedious, and they decided to roam past their enclaves and out into the unknown.

They emerged from the earth like grubs and snails after a hard rain. With skin the color of turnips, they stood and peered around them at the strange, mineral world.

It turned out they weren’t alone, after all. Neighboring yards were also decorated with ornate carvings, elaborate arabesques, and fauna that grew from foliage. Statues with human torsos and the tails of fish, serpents, and dolphins spilled forth from the new surroundings.

The Others wandered all over this fantasia, past walls of ivy topped in gray marble spheres that the cold, wet winter had kissed with lichen and moss flowers. When day turned to dusk, they went home to fetch a candelabra, carrying it back out into the streets to continue their adventures in the dark.

Life in solitude had been hard, and their labor showed. Now wanderers, these people whose hair and skin matched the cold, wet earth and stone hoped to meet Others just like them, so they wouldn’t be lonely any longer.

Contact could be quite scary, however. They soon found that life had changed during all the years spent tending to their plots. Streets were spectral, looming, and indifferent. People didn’t look up to the sun like they used to, but instead down toward earth, as if searching for light within themselves.

Strangers’ faces seemed to wear only two expressions–tight smiles, or looks of revulsion, like the ones found on engravings from medieval times. It was no wonder that their contemporaries went to such lengths to preserve the horrified visages in stone.

When the landscape fell into darkness or storm, the Others gathered in the cafés to drink coffee and study faces to try and understand the expressions.

The Others were even returning to pre-modern forms of medicine once practiced by the ancient Greeks, Romans, and Ayurvedas, who taught that the four humors–blood, phlegm, yellow bile, and black gall–could influence a person’s entire disposition.

An experience in a café could mean a new acquaintance, but it also carried risk. Two visitors often sat next to each other in total silence, exchanging nothing more than a wary glance before one of them slunk away in disappointment at the missed encounter.

Every so often, the guests suffered a malingerer, who talked as if he were bleeding from the mouth, or dug a fingernail into one of his nostrils and flung the secretions onto a nearby wall. No wonder the Others were so eager to journey out of such places into the fresh air.

Wise ones remained open-minded despite the uncertain times, for there was no telling what might appear beyond the café décor or out amid the heart-shaped leaves. The world was unfolding like new.

To frolic in it was a thrill that verged on orgasmic. Other couples pranced around the marble sepulchers like children, scooping up rocks and pebbles that fell through their palms as grains of salt and sugar. They skipped over the cookie-crumble sidewalks and tumbled through the grass, burying their faces in lemon verbena.

Delighted by the stone chimeras, they peered through the slender stalks and reeds to catch a glimpse of one crouched in the garden on its haunches. This sometimes reminded them why they were afraid to meet the gaze of an Other: It was like looking at a monster.

Such knowledge didn’t faze them, because they also knew there were no monsters in nature–only in the minds of men.

Once they’d gone out and explored, they began setting sight on their neighbors’ houses, eyes wandering along the porches beneath the mansard roofs to see if anyone were home.

Hosts permitted visitors their trespasses, letting them walk in their gardens and lie at the foot of the headstones and marbles with their beloved.

The sun shone like a white disc as the clouds rolled over. The sky cracked open, sending down rain that seeped into the stone and ran over their now-naked bodies. Sweat rose like steam off the hot, dry earth.

Touching an Other was a strange sensation that only grew more pleasant. Soon, the two lay entwined in a gentle caress that felt like a beginning.

It started with a kiss.

I’m super-excited to announce my short story, “Within a Glance,” was recently featured on Asymmetry Fiction, a website that specializes in absurdism/bizarro fiction, experimental, fantasy, magical realism, slipstream, and everything that finds a happy home on the weird strands of the Interwebs.

The Cabinet of Heed

Short story fiction from around the world

Sometimes the best ideas are associated with a red couch. . .

News of my latest publications, events, and episodes of the Losing the Plot podcast!

nothing here but life lately

a journal of dark literature